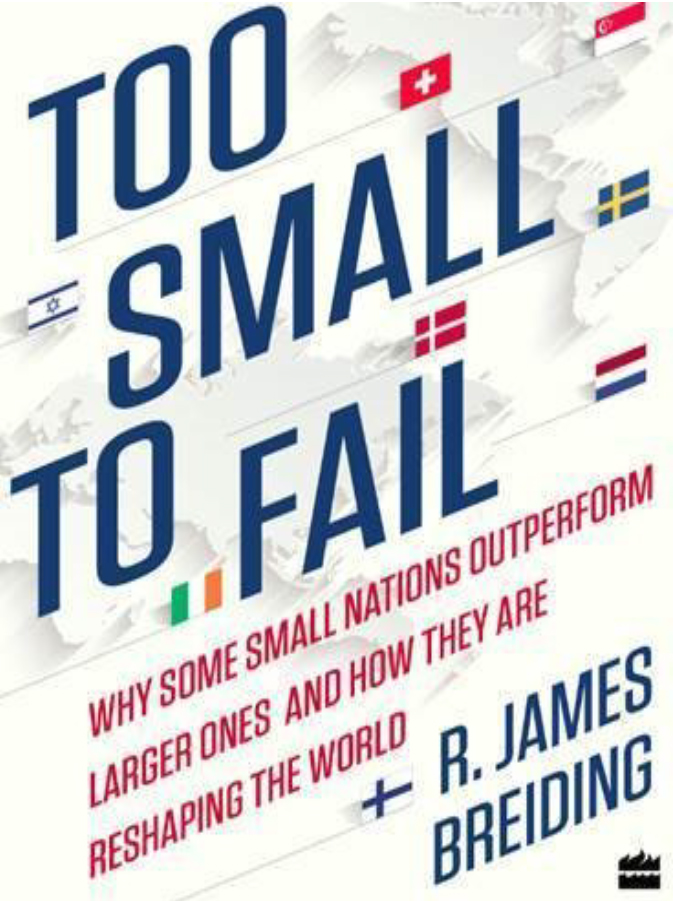 Too Small To Fail / S8 Initiative

This is the subhead. We recommend two or three descriptive sentences.

The Harvard Club of the Netherlands, Industrieele Groote Club and Simon-Kucher & Partners are proud to invite you to the launch of “Too Small To Fail”, a compelling new book by author James Breiding, that explains how small, outperforming countries have ‘arrived at the future first’, and are being forced to grapple as ‘laboratories of the future’ with problems impacting us all like climate change, immigration, artificial intelligence, aging populations, and slowing growth.

Why is it that small countries are outperforming larger ones? And what lessons can be learned?
James Breiding, fellow at Harvard’s Center for International Development, will discuss this and the importance of the newly launched S8 Initiative, which seeks to bring together the most innovative small countries of the world in an annual Forum as an alternative to the current, underperforming, G20.

Want to hear why these Dutch leaders have confirmed their commitment to the S8 and will be representing the Netherlands at the first S8 Forum in 2020? During the book launch, a number of Dutch delegation members will join author James Breiding as part of a broader panel moderated by Laura Birkman, Chair of the Harvard Club of the Netherlands, to explain why the S8 initiative is a game changer for a smarter and more sustainable global economy.

© Copyright Harvard Club of the Netherlands, ALL RIGHTS RESERVED.
Powered by   AlumniMagnet